Even if you don’t read comics, the general public is aware of the existence of Batgirl. What they may not know, however, is that, like many other superheroes, more than one woman has donned the cowl. The current one is Cassandra Cain who is a complex character in herself. The original Batgirl, however,  was Barbara Gordon, Detective Gordon’s daughter. During Moore’s the Killing Joke, Joker shot her in the spine making her a paraplegic. Soon after, Barbara established herself under another alias: Oracle. 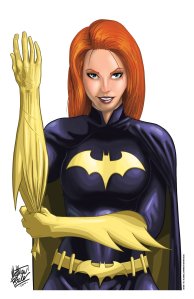 Last year, I discovered that in 2011, there was DC’s relaunch where the writers restored Barbara’s mobility and gave her a monthly comic titled Batgirl. In the beginning, I kept my mouth shut, but the longer I stew over it, the more it upsets me.

Oracle was one of the most dynamic characters ever created in the comic book universe. Not Barbara Gordon, Oracler. Out of a tragedy, she rose up and a powerful character in her own right. In a franchise that glorifies physical fitness and prowess, Oracle was the odd woman out. She was disabled, no longer able to fight the way she used to alongside Robin and Batman. Essentially, her “usefulness” has run its course at this point.

Yes, what happened to her was tragic. Yet she didn’t let it stop her from doing what she wanted, what she loved, even if she had to change the way she did it. She wasn’t content to just walk away from the life she had built for herself. And Oracle is damn good at what she does. In fact, if you have played Arkham Knight, you know how vital Oracle is to Bruce. She can science with the best of them and look good doing it.

By giving her back her ability to walk, the writers have actually taken away something 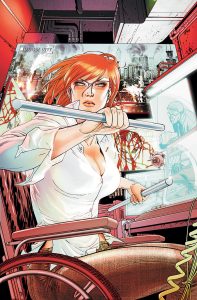 invaluable from the readers: representation.  People have loved comics for almost a century, but that doesn’t mean the industry is without flaws. One of the most notorious is the lack of fair representation for POCs, females, and the disabled. DC had this amazing, powerful character with Oracle.

They don’t need another hero swinging around the top of Gotham kicking the snot out of villains. Those characters are a dime a dozen. There was only one Oracle. People from all walks of life could look at Oracle and use her as inspiration. They could see her struggle with her newfound disability and relate. They watched her overcome and surpass her difference and take from that. Even as Batgirl, Barbara wasn’t remarkable.

Barbara wasn’t broken. She didn’t let her accident stop her life, life changes. She proved to not only the Joker but to everyone that you can’t bring her down nor do you have to be abled to be useful.

I said it before, and I will say it again. We don’t need another Batgirl. We need the Oracle.