I am a sucker for series and I am sure I am not the only one. There is something comforting about continuing the journey with characters who are old friends in a world that feel like home. Here are some of my favorite series.

Chronicles of Prydain by Lloyd Alexander– Many of you have heard of Disney’s The Black Cauldron. Well this is the series it stems from. I read thi

s series after watching the movie (which I Ioved) and was blown away by how much the movie left out.
Prydain is a world rich with mythology and history with fascinating characters. Taran was probably the least interesting among them!

Despite being directed at a younger audience, Prydain will always be among my favorite novels due to Alexander’s fantastical world.

Night Watch by Sergei Lukyanenko- I accidentally stumbled across this series when I watched the movie with a friend. She thought it was a horror movie and severely disappointed/annoyed when it wasn’t that slasher flick she thought. Despite her attitude, I fell in love. After finding and reading the novel, I knew I was lost. Lukyanenko is a master storyteller in ways I am not used to. He weaves together stories so expertly that you aren’t even aware something is relevant or connected to something else until the very end. 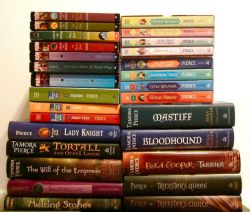 Tamora Pierce – I say Tamora Pierce in general because to pick out just one of her series would not only be impossible, it would be unrealistic. So many of Pierce’s series are intertwined with their use of the same world and similar characters. One series may be about one woman and another about her daughter. Each protagonist have their own adventures and issues to deal with, but they are all written with the same easy style and rich in-depth world. So much so that there was actually a reference book written about Pierce’s created world. It is not necessary to enjoy any of her novels but it is a great companion. 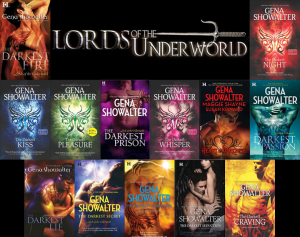 Lord of the Underworld by Gena Showalter– Gena Showalter may be a adept at writing realistic relatable characters with attention grabbing storylines, but none – okay maybe some of that is why her Lords of the Underworld series made the list The reason I love this series so much is because Showalter’s mastery of mythology. As someone who has loved Greek mythology all of my life, I thoroughly appreciated the time, effort, and research that went in the mythological aspect. It is actually one of the few interpretations I actually like! 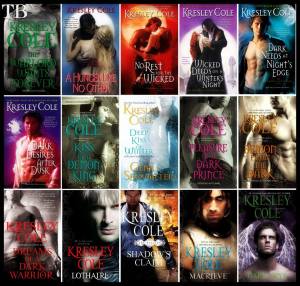 Immortals After Dark by Kresley Cole– This series made the list more for nostalgic value but it is still a great series. Each novel can technically stand alone as they focus on the main couple’s issues despite a massive plot happening in the background. IAD was my first real adult series (or novel for that matter) and I immediately loved it. I still keep up with the series because I love Cole’s imagined world and mythology, but I appreciate it opening my eyes to entirely new genre. 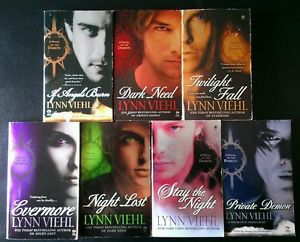 Darkyn/Kindred by Lynn Viehl= When I first read this series, I felt let down from the lack of raunchy sex scenes I was hoping for. I returned later once the bitter taste of disappointment left my mouth and realized I had stumbled across a hidden gem. Even to this day, I still don’t see this series receive a lot of attention and I can’t understand why. Viehl not only created realistic characters whose stories rip at your heartstrings, I loved her mythological interpretations. Her vampires are probably my favorite of any series.

Dhampir by Barb and J.C. Hendee= One of the main reasons this series made it on the list is due to the setting. I rarely have stumbled across a vampire novel set in the past. Usually they are set in the present with the male vampire being a rich and powerful billionaire. Yawn! Hendee’s world is far different than anything I have read or expected. When I first started reading, I thought this was a romance, and while there is some romantic aspects, I found that I was glad that it wasn’t! I was blown away by how in depth and fleshed out her world was. I could almost compare it to the emotions I felt when reading Tolkien. 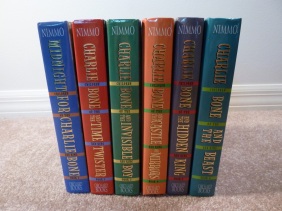 Children of the Red King by Jenny Nimmo– I understand that this series is intended for a much younger audience, and I read it when I was that age. However, I still have strong feelings for this series because it was everything I wanted. School children with special powers going to the same school and fighting evil? Yes please! There was nothing too spectacular or complicated about this series, but that is exactly how I wanted. A simple guilty pleasure novel that involved magic. Perfect to escape from the real world. 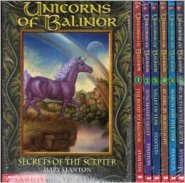 Unicorns of Balinor by Mary Stanton – Another series directed at children but one that will always have a special place in my heart because it was my first (series that is). I remember reading it when I was younger and being captivated by every word of every page. It is the reason I love unicorns, it is one of the reasons I am fascinated by magic and gemstones, and it is why I hold strong magical heroines closes to my heart. This series inspired me to be more than what I was, be stronger when I felt weak and frightened. It may sound cheesy, but this silly little series gave me strength and I recommend to any young girl.

What are your favorite series? Are there any series that you’re currently excited about?