Despite not having a lot of free time to devote to reading, I was able to discover some amazing reads this past year.  Even if they weren’t published the same year, the following are my top reads of 2017.

Nine Minutes Past Midnight by Lena de Savoie = I was actually contacted by the author in 2016 to review the last novella in this series called Eight Days in August. I enjoyed it so much that I wanted to read the rest of the series but with so many ARCs to read, I had to put it off.

Nine Minutes is a red-hot read that involves emotions as much as it does erotica. Not only were the leads perfect for each other, but the author was creative without taking away from the overall feel. I would recommend it, as well as the rest of the series, to anyone looking for a quick short read with definite heat between characters who actually care for each other.

Wrong Number, Right Guys by Elle Casey = I was pleasantly surprised by this one. I can’t even explain why this story continuously kept popping up everywhere, but I finally downloaded a sample for it. I read the sample and moved on with my life. But I kept coming back to it until I finally took the plunge and spent the money to purchase it.

And I was hooked. I plowed through the story in no time, so much so that by the end, I didn’t even realize I had read so much. I didn’t even care about story progression because I was enjoying the quirky cast of characters too much. As soon as I was finished with it, I bought the rest of the series.

The Autumn Bride/The Spring Bride by Anne Gracie =  I love historical romance and was undeniably drawn to this series. I even dished out the money to buy the first book, The Autumn Bride,  instead of waiting for a sale. The book was amazing, filled with strong, resourceful but very different women. It was great introductory novel to a series while still allowing for the couple to shine.

The Spring Bride is the final novel in the series and focuses on quite possibly one of my favorite heroines to date. It wrapped everything up perfectly and is among the best romances I have read.

Intermediate Thermodynamics by Sussannah Nix = I found this novel through one of the many PR companies I host book tours for. Initially, I didn’t request it but finally decided I would regret it if I didn’t. I received an ARC and the rest is history.

Nix’s heroine is genuinely intelligent in both words and actions rather than the author just telling us she is supposed to be. Despite the couples’ flaws, it was a delight to watch their romance unfold even as they worked through their own issues. I don’t think I’ve had my heartstrings twisted like that in a long time. Nix is a masterful storyteller, knowing how to engage the reader while still allowing her story to be believable yet interesting,

Penny Reids Winston Brothers = It all started with Beauty and the Mustache which is actually about the Winston brother’s sister, Ashely. It was on sale for free and I just couldn’t say no to the cover.  I mean look at it?

That being said, I didn’t expect to be as taken with it as I was. Everything about this book was perfection. From the sibling relationship to the romance and hero to Ashley trying to deal with her mom’s illness, I was hooked from page one. I was not ready for such an emotional roller coaster ride nor was I ready for the rabbit hole that is Penny Reid’s writing that she drug me down. I had no idea what I missing! 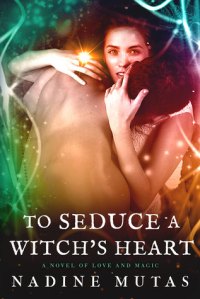 To Seduce a Witch’s Heart by Nadine Mutas = I became obsessed with cover the moment I saw it. I mean, it’s gorgeous. Not to mention, it is right up my alley.  I love paranormal romances involving witches, especially the stereotypical kind. In a world where author’ strive to be different, sometimes teh familiar is best. This novel came along right when I was needing a good paranormal romance.

Mutas is a talented writer, interweaving interesting characters and mythology together to create an entertaining story. I also am pretty sure my kindle smoked with the chemistry between the two leads. Another series where I immediately bought the rest of the books once I finished the first.

The Dirty Series by Tara Crescent = I am not afraid to admit I love menage a trois stories. I am very much a “love is love” kind of person, but it is unrealistic that someone has only one single person for them in the world. That being said, there is a lot of garbage out there in terms of menage a trois novels.

I felt like I struck gold with Tara Crescent who not only knows how to write menage a trois, she can make it real and emotional. Her Dirty Series is still one of the best series I have read to date, menage or not. Her characters and their issues feel tangible and complex and each story feels different from the next. I was sad when I finished the series, but know that she is far from finished delivering great romance stories.

Play Me by Katie McCoy = Like Elle Casey’s novel, this one was a complete but pleasant surprise. I have a thing for romance novels involving chefs. I can’t explain but I don’t try to fight it so my buying this novel was purely based on the fact that the hero is a chef and the heroine is an artist (pianist.)

That being, I was not ready for the beauty that is McCoy’s writing. Dynamic and multi-dimensional, Play Me is a lovely read about personal growth as well as romance. Not to mention how easy their romance blossomed. It is still one of the most stress-free romances I have ever read. I honestly was expecting the hero to be a gross alpha male playboy but he was the star of the story. 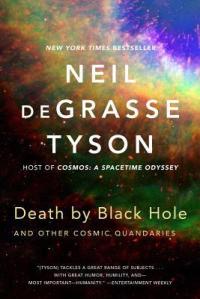 Death by Black Hole by Neil deGrasse Tyson = There are very few nonfiction books that I read. I have countless reference books, but overall find that I don’t have an interested in nonfiction novels.

I actually received this novel as part of a Reddit gift exchange pertaining to space. I was a little hesitant to read it based on previous horror experiences. However, this book was amazing. It has a conversational and humorous tone about it that not only makes it easy it to read but a pleasure as well. I probably learned more from reading this book than I ever did trying to read the big textbook sounding books my dad had.

Those are my top books for 2017. While I highly recommend them, I know they aren’t for everyone. That being said, I hope that maybe I turned you on to at least one of them. I look forward to 2018 and hope that I discover just as many, if not more, great novels to fill my ereader.

I am looking forward to it because I finally reached the point where I am okay with spending money on books rather than sticking to just freebies or those on sale. I know it may not sound like much, but this is a huge step for me and opens up many more possiblie.

What were you favorite reads?