The Language of Flowers: A Defiant Attraction Guest Post by V.K. Torston

A huge thanks to V.K. Torston for the honor of hosting this fabulous guest post. The flowers were one of my favorite quirks in Defiant Attraction! I hope you find this post as interesting, informative, and hilarious as I did.

V.K. Torston’s debut novel, Defiant Attraction is finally available on Amazon! In celebration of the release, Rainy Thursdays is digging a little deeper into some of the symbolism in the novel. Today, V.K. Torston is joining us to discuss Victorian “talking bouquets” and the meanings behind different flowers.

The Language of Flowers

Cultures around the world have long used plants, particularly flowers, to symbolize different feelings or ideas. This “language of flowers”, also called “floriography” dates back millennia, but its popularity in the English-speaking world exploded during the 19th century. Simply put, Victorians used flowers like emojis. Each flower had its own specific meaning, some of which traced back to Shakespeare’s floral symbolism in plays like Hamlet. Carefully crafted arrangements known as “talking bouquets” carried secret, coded messages between lovers.

If that all sounds very lovely and romantic, know that not all flowers had pleasant meanings, and not all bouquets carried nice messages. Depending on which flowers the sender chose, an arrangement could say anything from “Run away with me, I love you” (spider flower and red rose), to “You’re adorable, and I had a very nice time, but let’s just be friends” (white camellia, sweetpea, striped carnation, and iris), to “You’re stupid and I hate you” (geranium and orange lily). For the Victorian equivalent of a rambling Drunk Dial to an ex, simply pair red and yellow carnations, gladiolus, yellow chrysanthemum, purple hyacinth, and jonquil.

Below is a list of my favorite Victorian flower meanings, some of which appear in Defiant Attraction.

Through winter, the forsythia shrub doesn’t look like much more than a tangle of rugged, woody stems. Early in the spring, before most other plants (even its own leaves) have emerged, hundreds of little blossoms explode. This eruption of vibrant yellow anticipating lively spring endowed forsythia with its Victorian meaning. The first chapter of Defiant Attraction opens in the early spring, a few weeks before various literal and metaphoric blossomings, and ends with a scene dense with anticipation.

Ophelia’s famous mad scene in Hamlet includes a coded use of rue. Bitter and toxic, rue has long been associated with regret. As a verb, it even means “to bitterly regret” (eg, “You’ll rue the day…”). First century naturalists, Pliny the Elder and Soranus also listed rue as an abortifacient. Shakespeare was probably aware of the connection between rue and unwanted pregnancy, suggesting that Ophelia’s invocation of rue may have specifically represented regretted sex. 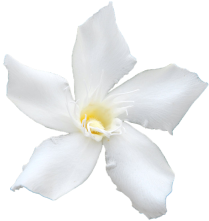 Beautiful and delicate, yet among the most poisonous flowers in any garden, oleanders demand caution. Legends about oleander toxicity have circulated for millennia. Our old friend, Pliny the Elder famously recorded a (mythical) account of honey being poisoned with oleander pollon. Other apocryphal legends have suggested that leaders like Napoleon and Alexander the Great lost soldiers to poisoning after they roasted meat over a fire of oleander twigs.

My fellow Harry Potter nerds might recognize Petunia as an apt name for so resentful and angry a character, and J.K. Rowling has confirmed that she drew both Lily and Petunia’s names from Victorian floriography. Indeed, several key revelations in the seventh Harry Potter book were foreshadowed using the coded Language of Flowers in the first book!

While “Secret Love” is one of the most common Victorian interpretations, the symbolism for gardenias is quite nuanced. 19th century Europeans associated its whiteness with purity, as well as related concepts like trustworthiness and innocence. The fragrant blossoms also have natural insect-repelling properties. So while gardenias represent a secret love, they also signify a love that is pure, even a source of protection.

How cool is that? “Snapdragon” just sounds cool. And the blossoms look cool. And it means “Deception”. My favorite chapter of Defiant Attraction is definitely “Snapdragon”, probably because it just sounds so badass. Snapdragon.

Gladiolus
“Give me break”

This is definitely the most wryly funny of the bunch. Gladiolus is named for “Gladiators,” and many cultures have noted how the plant resembles a sword (sometimes translating it to “sword flower”). The gladiolus suggests an honorable, upstanding person. But more than that, they mean “infatuation”. Even pleading infatuation. The giver of the gladiolus is basically begging for a date, insisting he’s a decent dude, and that his affection is sincere. But desperation is implied. Basically, self-proclaimed “nice guys” complaining about the “friend zone” existed in Victorian times too! 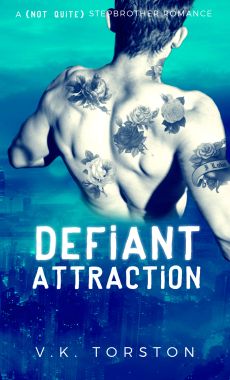 Dan might be the enemy of my enemy, but I’m not sure that makes him my friend. He’s definitely not my ‘step brother’, no matter what everyone at school says. Honestly, I don’t know what he’s supposed to be to me. Or what he’s becoming…

Fact: for every action, there is an equal and opposite reaction.

In the yearbook, I’ll be Sophia Ramos: Valedictorian. Years of honor roll certificates, AP classes, and lugging around an obnoxiously large cello case are about to finally pay off. If everything goes according to plan, I’ll escape these decaying suburbs for a top university across the country.

The problem? A few years ago, my mom met someone just as broke, just as drunk, and just as impulsive as she is. Approximately five seconds into their relationship, they decided it would be an excellent idea for him—and his son, Dan—to move in with us. (Spoiler alert: it wasn’t).

Now I share a house with none other than Daniel Cole. Even though Dan dropped out two years ago, he’s still the tattooed, bad boy, heartthrob, legend of St. Anthony’s Academy. He and I aren’t supposed to have anything in common.

Living together means war. First, Dan and I were at war with each other. Now, our rivalry is giving way to an unlikely alliance—two opposing sides teaming up against a common enemy: our respective parents.

Which is to say, we’ve been hanging out.

Question: What happens when an unstoppable force meets an immovable object?

Here’s the thing: My brain is a complex organ. One hundred billion neurons, each with an average of seven thousand synaptic connections to other neurons. My brain is my ticket out of here.

My heart, by contrast, is a pump. It moves blood around.

I know Dan is off-limits. I know I shouldn’t do something I’ll regret. And I know how much is at stake (my family, my future).

So why can’t I stop thinking about him? Those inscrutable jade eyes. The smile that can say a thousand different things at once. That tattoo curving across his abs…

Even though I know better, I feel that pounding in my chest. And it’s getting harder to ignore.

But if I follow my heart, I can never go back.

Answer: There is no such thing as an immovable object.

V.K. Torston is a millennial and ‘cool aunt’ to a brood of nieces and nephews. She was born and raised in San Francisco, attended university in New York City, and aspires to one day live in London. A veteran of the independent music scene, she began writing nonfiction in her late teens. Then she realized that making up stories was way more fun than coming up with endless synonyms for ‘frenetic’ and ‘danceable.’ Her hobbies include drinking too much coffee, making up stupid songs, and ranting about current events. Defiant Attraction is her first novel.