Book Tour/Review: Lord of the Seas by Sabrina Jarema

The Vikings roamed and raided the known world, always returning to their beautiful, sacred realm. Now, a young Christian woman is forced into this land—by a Viking lord with a secret he dares not reveal . . .
From Istanbul to Ireland, Rorik of Vargfjell is legendary for the battles he has fought, the wealth he has amassed, and the women he has loved. So when a Northumbrian Earl refuses to pay tribute, and even burns one of Rorik’s ships, the Viking seizes the earl’s daughter—and will hold her for ransom. Or so was his plan.
At home in Northumbria, Elfwynn had experienced agonizing losses—including the peaceful world she was born into. Now she stands face to face with a towering, chiseled Viking in his wondrous kingdom. With her gift of music, her unworldly beauty and strange courage, Elfwynn will prove to be very different than any woman Rorik has known. And for a man who lords over sea and land, what she demands will be the greatest challenge of all . . .

out 5 stars
What a delightful surprise. I have not read anything from this author before much less this series. I was completely blown by the depth of this novel. I can’t even imagine the research and knowledge the author had to have to give this story such an authentic feel. I have read historical romances before, but the author put so much detail in even the simplest things that I felt like I was actually there.

Not to mention the heart and soul that went into each character. Apparently the reader revisits characters from the previous novels which would have been a lovely feature had I read the previous novels and thus had a relationship with them already. That being said, I don’t think there was a single character I didn’t like or appreciate for whatever reason. I mean, Rorik could be obnoxious but I think that was the point.

Honestly, I didn’t expect much from this novel. It sounded mildly interesting when I requested it but never expected the marvel I received. If you are looking for a great historical romance involving Viking and such, this is definitely a must read.

Sabrina Jarema lives near Ocala, Florida, the Horse Capital of the World. She has a herd of fat, lazy Arabians on 40 beautiful acres. She also breeds and shows white German Shepherd Dogs and currently has several Grand Victrixes taking over her house. She’s joined by a menagerie of tortoises, turtles, birds, fish and cats. To avoid farm work as much as possible, she loses herself in the worlds she creates through the novels she writes, her art, music, dollhouses, and jewelry. She has worked as a professional fantasy illustrator and has written fantasy romance for many years. Recently, she has branched out into historical romances set in the early Viking era. She is currently writing the Viking Lords series, a family saga set in Norway during the ninth century. She is an active member of the Tampa Area Romance Authors chapter of the Romance Writers of America.
Website * Facebook * Amazon * Goodreads 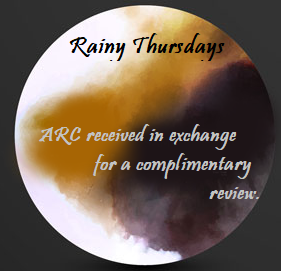 3 Comments on “Book Tour/Review: Lord of the Seas by Sabrina Jarema”