Book Review/Tour: Disciplined by the Duke by Alyson Chase

Can she succumb to the hot sting of his hand and the gentleness of his kisses without revealing her true identity and darkest secrets?
DISCIPLINED BY THE DUKE
Lords of Discipline #1
Alyson Chase
Releasing Aug 15, 2017
Swerve

The day her sister murdered their abusive father, Elizabeth Wilcox stopped being a gentleman’s daughter. Willing to do anything to save her sister from the hangman’s noose, now she is a spy… A servant. A liar. A thief. A submissive.

Masquerading as a parlor maid and entrenched in the Duke of Montague’s estate, Liz is willing to risk all to uncover the secrets that would save her sister. But submitting to the duke’s peculiar brand of discipline surprises her with a heady mixture of pleasure and pain. Eager to relinquish control of her messy life, Liz soon craves the rough hands of Montague and his powerful, passionate attentions. Can she succumb to the hot sting of his hand and the gentleness of his kisses without revealing her true identity and darkest secrets? And what punishment will she face when he realizes  her betrayal?

I enjoyed the characters. I felt the duke was everything I wanted in a duke in terms of control and patience. Despite my better judgement, I also like Elizabeth although I felt conflicted. On one hand, I appreciated her doing her what she thought needed to be done to save her sister. On the other hand, she was doing nobody favors by not taking care of herself and I feel like things could have been resolved much I think the reason I liked her is because she made stupid decisions and it made her more human. She screwed up rather than being screwed over. 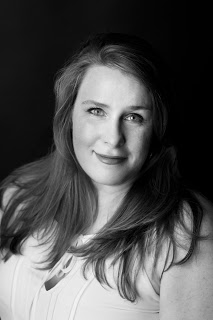 Alyson Chase writes historical romances that are just a bit…naughty. She is a former attorney, and thought that her flair for dramatic and sexy writing was seriously undervalued in her legal career. She also writes under the name Allyson Charles.

She lives in Northern California where the incredible weather and natural beauty so far outweigh the overcrowding and congested freeways. Also, the food in the Bay Area rocks.

If you want to know when the next book is coming out, visit her at website and sign up for her newsletter.

← Book Review/Tour: Once Upon a Lady by Addie Jo Ryleigh
Book Tour/Review: Lord of the Seas by Sabrina Jarema →