For those of you who know Shaye Marlow, welcome! For those who don’t, Marlow describes herself as

“an indie author who’ll take romance over horror, entertaining over plausible, informal over straight-laced (unless those laces are being undone by one of my characters), and steamy over G-rated every day of the week.” ~taken from Marlow’s Goodreads/Amazon profiles.

Following the release of her latest novel, Two Brutes One Barista (Alaskan Romance #3), Marlow took the time out of her busy life to answers some questions for her reader base. The interview follows:

Before I ask any questions, Would you mind introducing yourself for the people who do not know who you are?

Well, I think you’ve got it pretty well covered up above, but I could add that I was born and raised in Alaska. I was one of those that went off to school and career, believing I couldn’t support myself with writing. I published my first story in mid-2014, and haven’t looked back. I’m now happily—when things are going smoothly—writing full-time.

1. I found you because you were running a promo where 2 Cabins 1 Lake was free. Do you think that giving books away free works and why/why not?

Absolutely, yes. The first promo BookBub deal I did, I had almost fifty thousand of my books go out (free). That was fifty thousand people (I’m still amazed by that number) reading my book that otherwise probably would not have. Fifty thousand potential fans. Since my book is in Kindle Unlimited, I actually still made money off of people clicking the ‘Read for Free’ Kindle Unlimited button. Plus a lot of them went on to my sci-fi erotica, or stalked me for book 2, and then book 3, and so on. Of course, that was BookBub. Just discounting your book for a few days without any sort of publicity boost probably isn’t going to get anywhere close to that response. 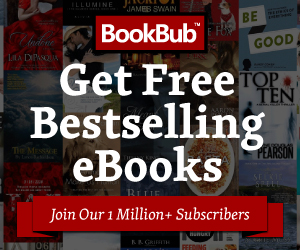 2. What do you think are the best ways to market a book or what has worked well for you?

3. What was the best money you ever spent as a writer?

LOL! That first $365 I sent to Bookbub. Before that sale, I was barely paying my student loans. After, I’m more-or-less supporting myself.

4. For your most recent book, you sent out ARCs for betas to read and give feedback. How much of your stories are original versus what the readers what they want?

First, I think there’s a difference between ARCs (Advance Reader/Reviewer Copies) and the draft I send to beta-readers. ARCs are damn-near finished novels authors send out to reviewers pre-publication so that the reviewers get a chance to read the book and then help publicize their work.

Beta-reader copies (which is what I was trying for) are sent out with the goal of improving the story, the readability, believability, sympathy, all of it. Based on feedback, I… aw, hell, I just cleaned my desk, so that list of crossed-out edits is gone. So, from memory, on Two Brutes, I shortened up the beginning, took out some extraneous scenes. There were some monetary details I had to fix. Some readers were upset I took so long to get to the sexy times, so I embellished/moved those forward a bit. The prologue went bye-bye. And the end… Beta-readers wanted more of a wrap-up, and so I threw in another scene (Epilogue #1) to help resolve everything.

My first novel, Two Cabins, barely got beta-read, and so there were very little changes made. Contrast that with Two Brutes, where I had twenty-some responses to sift through.

One thing I have found is that you have to be true to yourself and what you were trying for, even if a couple of the beta-readers don’t like it. Not everyone is going to like everything, all the time. It’s an impossibility.

5. Are you friends with any other authors? Do they influence you as a writer?

At this point? Just Sara King, sci-fi author, though I’ve been meeting more and more indie authors on Facebook and Twitter. Sara King was basically the one that said, “Go forth. Write.” She helped me brainstorm my first story arc, and then pushed me out of the nest. I think if I were less of a recluse, if I went to RWA conventions (while drunk, I’d have to be drunk), I’d have all sorts of writer buddies.

6. Did publishing your books change your process of writing?

The first thing I ever actually finished, I published, so I’d say yes. Finishing things is hard. It involves editing (read: sweat, blood, tears, and a stern lady with a horse whip), and then editing some more (welts, weeping, praying for it to end), and still more editing (getting tired now, too tired to care how much it hurts), and you’re not actually done until you’re in a boneless, reddened heap on the floor, ready to call someone—anyone—master.

7. How many unpublished and half-finished books do you have?

8. Do you research for your books? If so, how long do you spend researching before beginning a book?

I research as I go. Snipers, guns, boats, etc. I think in Two Cabins, I still have Ed taking off the front grille to fix the four-wheeler, when actually the engine is under the seat. So, my research isn’t perfect. I didn’t know anything about Bigfoot/Sasquatch, so I spent a couple hours on a couple different occasions just reading up on the internet. MMA, same story.

9. What’s the most difficult thing about writing characters from the opposite sex?

Not making them seem like idiots. I think a lot of romantic comedy authors write men as these happy-go-lucky… well, idiots, and I’m trying to avoid that (except for with Zack and Rory, because they actually are idiots, sort of).

Oh, and sex itself, of course. Men have different parts, different sensations, and as much as I ask them how it feels and regurgitate that on paper, I still don’t know if I have it right.

10. What types of scenes are hardest for you to write?

I don’t like angst. All drama feels overblown to me, and I don’t much like writing it. I almost took out the blowing-up-the-barge scene from Two Brutes because it didn’t match the tone of the rest of the book, and I felt it was a downer. But the people spoke, and it stayed.

11. What is the most difficult part of your artistic process?

Plot. Absolutely, plot. I usually have an idea or two, or a scene or two, and I struggle like hell to make those into a cohesive story. The basics, at first, really stumped me. 1) The character must have a goal. 2) There must be obstacles to that goal. But, I’m getting better.

12. Do you hide any secrets in your books that only certain people will catch/find?

13. What does literary success look like to you? Do you consider yourself successful?

Yes, in that I’m supporting myself. I’d like to be one of those authors whose name everyone knows, but I don’t want to be famous. But I’d take the money…

14. If you knew then what you knew now, what would you tell your younger self about being a writer?

You can make a living doing it!

15. You write a lot of erotica, but what genres do you enjoy as a reader?

The epitome of a good book for me is an enthralling, action-packed fantasy with a strong romance sub-plot and a kick-ass heroine. The book loses points if it has no sex scenes, though. 😛

Maybe I’d be a carpenter. Maybe.

17. You are currently working on the next book in your Alaskan Series. What are you plans, as a writer, for the next couple years?

Is there anything else you would like to add that I haven’t included?

How can readers discover more about you and you work?

Again, I would love to thank Shaye Marlow for taking time to answer my questions, especially it took me about a month to get the questions to her in the first place! I actually found Marlow through BookBub’s promo e-mail so it was interesting to read how that service has impacted her as a writer. I don’t really think much about it when I download free books from those services, but now I look at it with a different perspective.

Thank you for taking time to read this interview!