Welcome to my tour stop for 27 Days to Midnight by Kristine Kruppa! This is a young adult steampunk novel and the tour runs May 16-27 with reviews, interviews, guest posts and excerpts.

27 Days to Midnight released May 3rd by Giant Squid Books. The cover art is by artist Elizabeth Early.

Giveaway:
One (1) winner receives a hardback copy of the book (US only)
Three (3) winners receive a digital copy (INT)

Ends 6/1
Prizing is provided by the publisher, hosts are not responsible. Must be 13 or older to enter and parental permission if under 17. Void where prohibited by law. No purchase necessary to win.

Everyone in Dahlia’s world knows when they’re going to die. Except her.
Her father has never shown her the pocket watch counting down the days she has left to live. When he sacrifices himself to save her from her scheduled death, Dahlia abandons her comfortable home and sets off after his murderer to uncover the secrets her father died to protect…and the time research that could bring him back to life.
Then she meets Farren Reed. She should hate him. He’s an enemy soldier, a cowardly deserter, and the most insufferable man Dahlia’s ever met. Still, she needs all the help she can get, and Farren is the only chance she has to find the man who murdered her father. But Farren has only twenty-seven days left on his watch.
In that time, Dahlia must recover her father’s time research, foil a psychotic general’s plot, and learn to survive in a world that will never be the same. But the research holds secrets more dangerous than she had ever imagined. She will have to choose what is most important: revenge, Farren’s life, or her own. And time is running out.
Goodreads | Amazon 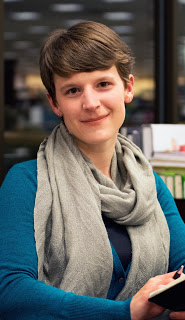 Kristine Kruppa is a mechanical engineer, writer, and world traveler. Her days are spent designing cool new car parts, but her evenings are filled with writing and cats. She has traveled solo to seventeen countries on five continents. Her other hobbies include hunting for the perfect cup of coffee, exploring used book stores, and accidentally climbing mountains. To keep up with her adventures, follow Kristine on Twitter @kskruppa.

Farren reached into his pocket for his watch and almost dropped it when an explosion rattled the airship. Alarms burst to life around them.

True to his words, two dark shapes swooped in the Wayfarer Elizabeth’s wake. Farren recognized them as Ravenwings: a lethal combination of speed and weaponry. The Debellatio was too far to be a threat, but the fliers…

This is gonna be trouble.

“Tiberius, we’ll need to use those tesla cannons!” he said. “You got any fliers in the hangar?”

Farren didn’t wait for further information. He raced from the bridge, leaving Dahlia behind to watch the battle.

The metal-plated deck rattled beneath his feet as he clattered into the hangar. A pair of old Vireo 43-ARs lounged in the center of an otherwise empty room. It took him barely a minute to pick one, power up the systems, and tumble out the sliding hatch into the sky.

The pearly mountain snow blinded Farren for a few seconds. Wind scraped water from his eyes. Then his hands yanked the joystick and he soared. The Debellatio shrank in the distance, weapons quiet, but its two escorts were just getting started.

A line of bullets pricked the air. He pulled up, spun, and came out facing the Ravenwings. They were streamlined, cutting-edge, and could fly circles around him if they wanted. His stomach knotted. Being shot down at this height would obliterate his watch. He’d be as dead as if he’d waited twenty more days.

Farren found the weapon control stick and twisted it. The rotating gun on his Vireo’s bow sparked to life. Flying past the Anglian aircraft while attacking was no mean feat. His vessel wobbled. The bullets missed by an embarrassingly wide margin.

Another explosion ripped at the Wayfarer Elizabeth. Farren caught sight of a cannon mounted to one of the Ravenwings. It wasn’t much use against his small vessel, but the larger airship was an easy target.

He dodged a hail of bullets from the other Ravenwing and caught sight of the pilot’s face through the windshield. It was no one he knew. He breathed a sigh of relief.

Farren ducked underneath both the Anglian fliers. He focused on the one with the cannon: the obvious threat to the Wayfarer Elizabeth. His rotating gun spat bullets. Sparks scattered on the Ravenwing’s hull, but it wasn’t enough. The enemy flier pulled up and over the Wayfarer Elizabeth’s envelope, barely missing the mismatched metal hull.

The other Ravenwing was on his tail, but he had no time to address it. A cannon boomed. Smoke billowed from the airship.

If the hydrogen ignites, Dahlia’s dead! 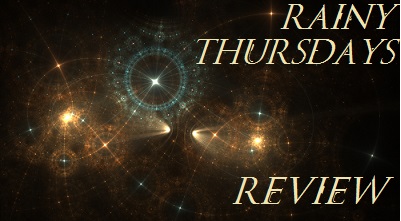 This novel far exceeding any expectations I had. The description was more than enough to interest me but I was hooked from day one. I typically don’t like young adult, But Kruppa has a distinct voice that it didn’t feel like young adult. Not to mention it was steampunk. I am a sucker for steampunk although I find that very few authors can pull it off well. Kruppa is among those.

27 Days to Midnight is a fast paced novel filled with wonder and adventure. It has such an interesting concept, although not the first of its find, and Kruppa is a great storyteller. Her easy style makes it a quick read as I was hungry for every word, turning pages before I even realized I had read them. I was so caught up in the story, it wasn’t difficult forget the real world.

Sometimes there are good novels. And then there are novel like this where you can read all the blood, sweat, and tears put into every word. If this sounds like a novel you would be interested in, I implore to not pass it up. Become caught up in Kruppa’s extraordinarily fantasy.

This event was organized by CBB Book Promotions.