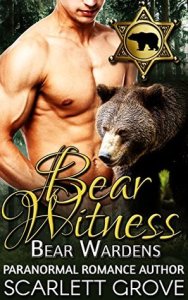 Can They Find Love With A Murderer On The Loose? When curvy Candice Gray witnesses a grizzly bear shot in the woods, she doesn’t expect to be thrust into the middle of a murder investigation.

Smoking hot, Game Warden, Wyatt McCloud isn’t a homicide detective, but that’s exactly what he has to be when a shifter turns up dead in the forest he patrols.

With his bear roaring that he’s found his mate, will Wyatt be able to keep his mind on the investigation long enough to solve the case?

Get ready for lots of steam between a grizzly cowboy and a sweet, sassy hiker.